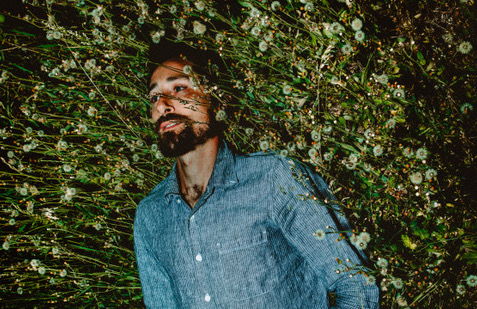 The Suitcase Junket is multi instrumentalist Matthew Lorenz. Solitary on stage and on the road, his mind is crowded with characters, narratives, voices, imagery, sounds as wide and varied as mountain throat singers and roadhouse juke boxes, plus newsreels of the planet's destruction and salvage. With his 2020 release, The End is New, Lorenzs grand vision for the song overrides the how of it. The End is New is Lorenz's sixth full length album as The Suitcase Junket, his first for Renew Records/BMG.

The End is New was produced by trusted friend, producer Steve Berlin of Los Lobos, who produced The Suitcase Junkets acclaimed 2018 release, Mean Dog Trampoline. I told Steve I wanted to make a doom folk record, says Lorenz. That is what I had started calling my music when people asked. He was game. Neither of us knew quite what that meant at the time, but I think we found out with The End is New. There is a heavy mix of hope and desperation in the sound and lyrically I was trying to be a mirror to society using truth, myth, confessions and stories.

The overall sound lands somewhere between the Avett Brothers and early, dirty Black Keys. There is a Tom Waits vibe in the fuzzy megaphone reverb mic, and something ancient, near tribal, in his whistles and moans: The Boston Globe